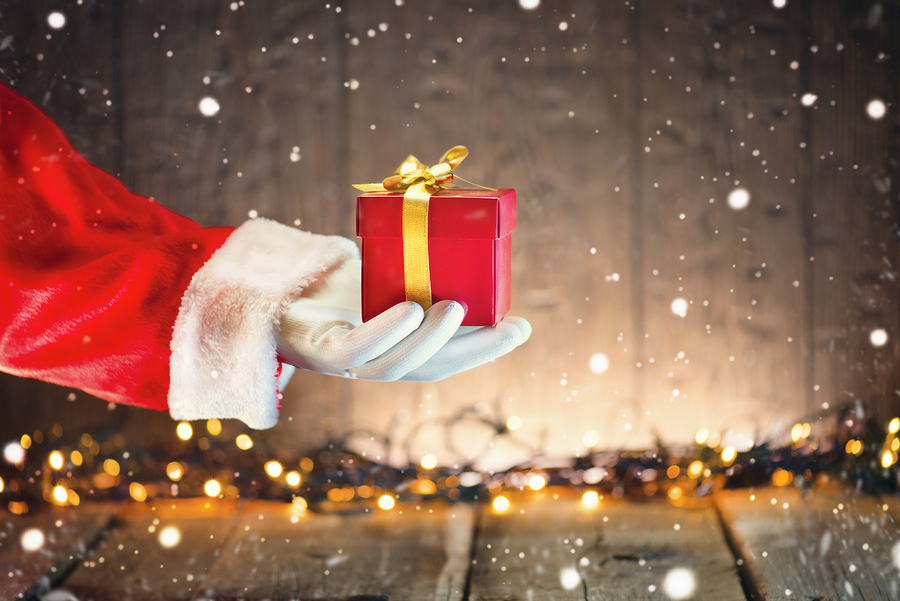 It’s beginning to look a lot like Christmas, which means colder weather, family gatherings, shopping, and jolly Old Saint Nick – or Santa Claus, as most people know him. The chubby man in the red suit and white beard brings joy to millions, but kids aren’t the only ones enchanted by this magical figure.

Advertisers have been using Santa Claus for more than 100 years.

While Coca-Cola helped make the modern Santa a media star, they weren’t the first to use the character.

A 1915 ad in the San Francisco Examiner depicted Santa (white beard and all) driving a sleigh full of White Rock water and various toys.

Murad’s Turkish Cigarettes showed a smoking Santa in their 1919 ad, which claimed that the cigarettes were what “grown-ups were choosing for Christmas.”

Thankfully, Santa turned sweeter in 1935 when he advertised boxes of Whitman’s chocolates. Coca-Cola launched their famous Santa ad campaign in 1931. The soft drink company needed ways to boost sales in winter, traditionally a slow time for Coke and their competitors. Santa had to fly around the globe in a single night and needed something to keep him refreshed on his travels. And that something was an ice-cold Coke, of course.

Some people mistakenly give Coca-Cola credit for creating the modern image of Santa, but his famous red suit, white beard and spirt of giving were all in place by the time the soda giant began using the character.

Artist Haddon Sundblom illustrated the Coca-Cola Santa ads from the 1930s to the 1960s, and his work captured the larger-than-life, rosy-cheeked Santa that we all know and love.

Fun fact: Sundblom also painted another advertising icon: the Quaker Oats man, which was based on fellow artist Harold W. McCauley, who posed for Sundblom.

Throughout the 20th century, Santa was used by a variety of advertisers to help sell their products, from Jell-O to Norelco to Kodak to Smith-Corona to Hoover. Santa also showed up in cigarette ads during the 1940s, promoting the gift that “says ‘Merry Christmas’ with every puff.’” Simpler times, of course.

While Cocoa-Cola didn’t invent Santa, another advertiser can be credited for helping to create a famous Christmas character.

In 1939, Chicago retailer Montgomery Ward asked ad man Robert L. May to create a coloring book to be used as a holiday giveaway in the store. The result: a coloring book with the title Rudolph the Red-Nosed Reindeer.

Johnny Marks (Robert Mays’ brother-in-law) wrote the famous song about Rudolph — based on the coloring book — and the rest is history.

Need help brainstorming your holiday marketing? The Farmhouse can help!