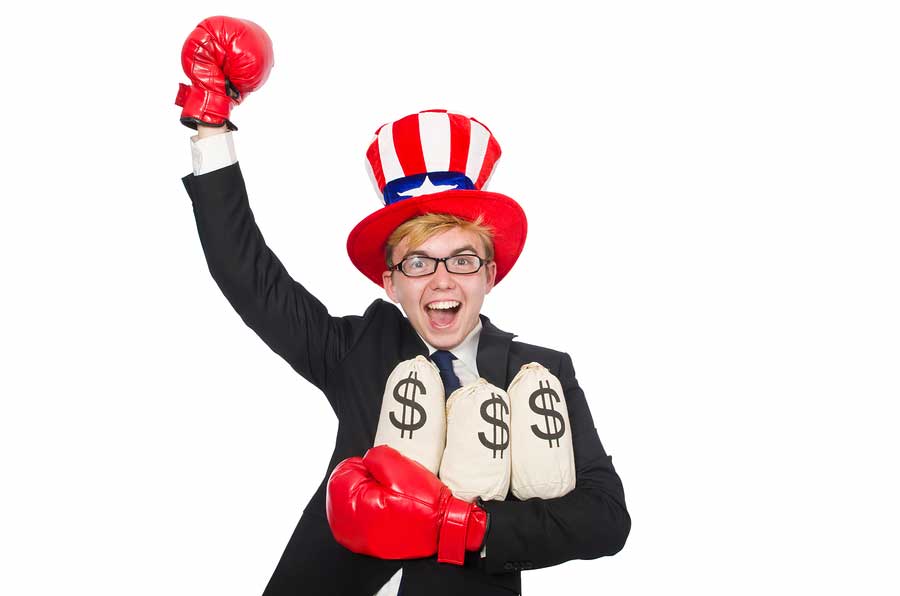 Why do your customers do business with you over your competition? Don’t say prices. It’s all about how your customers feel about you. As Independence Day approaches, the question of how patriotic you appear to be makes a subconscious difference for many of your customers.

But how do you communicate that you share their national pride without coming across as fake? Should you do it at all? That depends on two things: the type of business, and who you’re trying to reach.

The question is about culture. What culture are you most interested in tapping into? Is it compatible with patriotic marketing? Let’s look at a few examples.

When Budweiser changed its name to America for a few months in 2016, they knew exactly what they wanted: a conversation piece at a party. “I’m drinking America,” one consumer would say to another, who would reply by complaining about the 2016 election, which would make everyone at the party want to drink more and not think about it for a couple of hours.

In this case, patriotism = the freedom to pursue happiness. Is your goal to reach people who want to have fun, relax, escape and not be too serious about it? Patriotic marketing can work for you if you make like Budweiser and keep the association proud, but also light and fun.

Ruling on Patriotic Marketing: Go for it!

Big houses, clean neighborhoods in the sunshine, kids and dogs playing at block parties, sitting around the dinner table when the day is done. These images aren’t always reality, but it’s how Americans often see themselves, or how they view the American dream our independence makes possible.

If this is your target audience you can employ a slightly more serious tone, but not necessarily a solemn one. Patriotism = family values can certainly work for you if you want to fit into that American dream image. Lowe’s is a good example.

Ruling on Patriotic Marketing: With a light touch it could work for you.

For B2B (business-to-business) advertisers, American patriotism is implied by the opportunities offered by free-market capitalism. The freedom to borrow, invest and innovate to succeed – with companies like Chase Bank, Raymond James and Microsoft – are ideas Americans like to think of as not just part of our value system, but some of our greatest exports to the rest of the world.

But if you are a B2B company, you are trying to reach an extremely conservative client base: other companies with a lot riding on the health of their public relations. And outright patriotism can backfire (as it did for AT&T on 9/11 a few years back). It could be viewed as insensitive, pro- or anti-war, too America-centric or too America-weak, too politically conservative or liberal.

Companies are a lot more skittish about these things than individual consumers. That’s why you generally don’t see patriotic marketing from B2B companies. You might consider following suit and stick to what works. Patriotism = free-market solutions to business needs, all year ‘round.

Ruling on Patriotic Marketing: Play it safe, and keep it implied. You never know how it will be received by influential clients who can make or break your business.

Not Sure What to Do?

If you’re already pushing out patriotic ads and you’re not sure whether the tone is appropriate for your business type and the culture of your target audience, don’t panic! Just be prepared to explain, apologize … or ignore complaints if they’re not worth engaging with.